Our lives and society are filled with randomness. The most extreme form of randomness is the black swan.

Black swans are unpredictable. Because of their extreme nature, you don’t see them coming until they’re already there. Black swans are consequential. They have a widespread impact or a curve-breaking magnitude. Black swans are explainable. But this is only in retrospect once you have the benefit of hindsight.

Some randomness is not that impactful and you don’t really have to worry. You can control and predict to a certain degree in these areas free of black swans. This is the world of Mediocristan.

If you’re in Extremistan, you have to be willing to challenge your beliefs and look for evidence contrary to your theories. There are opportunities for success like J.K. Rowling and Bill Gates, but there is also the potential for mass devastation through war, terrorism, and pandemics.

It is hard to grapple with the unknown, especially because it can change everything so quickly. But you have to accept this truth to be as prepared as possible while also appreciating what you have.

Taleb’s career started in the finance world. He worked as a hedge fund manager, options trader, risk analyst, and derivatives trader. Taleb also created an investment strategy to protect against black swans. His statistics and investment knowledge has set him up to be independently wealthy.

Stepping away from an active investment role, Taleb moved into academia. Working at major institutions around the world, including NYU, Oxford, and London Business School.

Taleb has been controversial in his writings and public positions. He has called for the cancelation of the Nobel Prize in Economics and applauded the collapse of Lehman Brothers.

Black Swan is the second book of Taleb’s group of philosophical works addressing uncertainty. This group is collectively known as Incerto. He has also has several other works in the field of statistics. 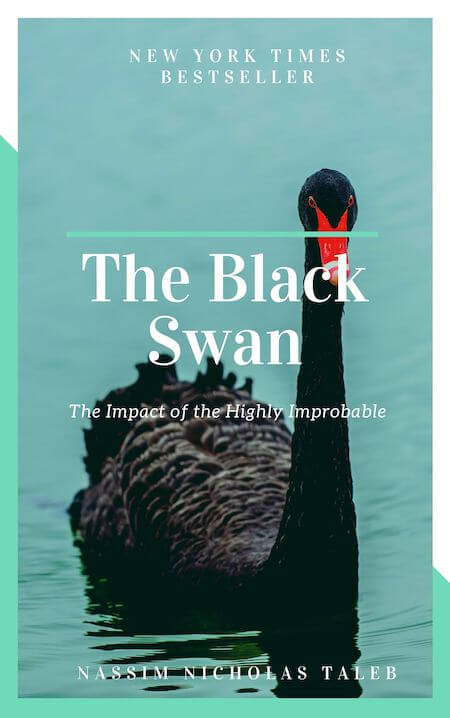