The federal government does not have to manage its budget the same way a typical household does. According to Modern Monetary Theory, the government is capable of making and circulating currency, so it is not constrained by costs. It is only constrained by inflation, the productivity of the economy, and political goals and visions. The national debt, trade deficits, and government spending are not inherently negative. By using the Modern Monetary Theory approach instead of striving for the goal of a balanced budget, governments can choose to redirect their material resources to solve real-world deficits, including the jobs deficit, education deficit, health care deficit, and climate change deficit.

Previously, she has worked as the U.S. Senate Budget Committee’s chief economist and was the senior economic adviser to Bernie Sanders’ 2016 and 2020 presidential campaigns.

Her book The Deficit Myth is a New York Times bestseller. Kelton currently serves as editor-in-chief of the New Economic Perspectives blog. Her other writings have appeared in Financial Times, CNN, The New York Times, The Los Angeles Times, and U.S. News & World Reports.

Kelton received a B.A. and B.S in Business Finance and Economics from the California State University, Sacramento. She holds a master’s degree from the University of Cambridge and earned her Ph.D. in Economics from The New School for Social Research. 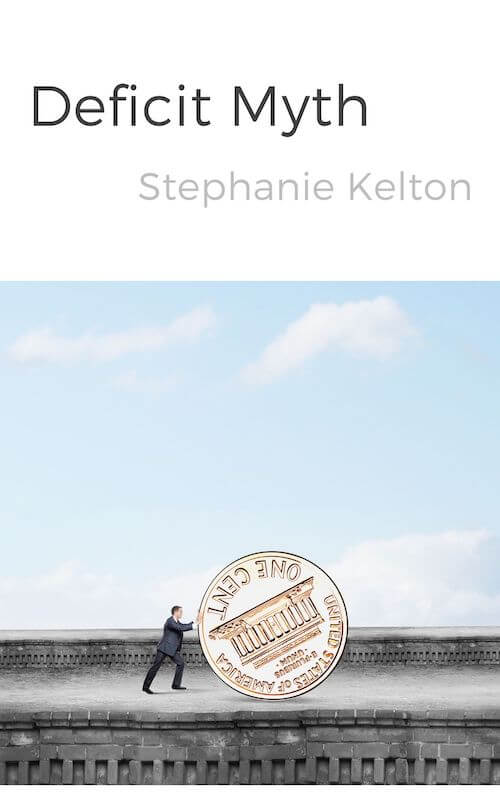