Who Moved My Cheese

Change is a reality in life. So, it shouldn’t be viewed as a fear. Adapting gracefully will allow you to move forward in pursuit of your dreams.

Patrick Spencer Johnson was a physician and best-selling author. He wrote the ValueTales series of children books. He is also known for his 1998 motivational book Who Moved My Cheese?. He served as chairman of Spencer Johnson Partners. He wrote the book "Yes" or "No": The Guide to Better Decisions (1992), and was also the co-author of the One Minute Manager series of books with management writer Ken Blanchard. He graduated with a degree in psychology from the University of Southern California and a medical degree from the Royal College of Surgeons in Ireland. He died in San Diego in 2017. 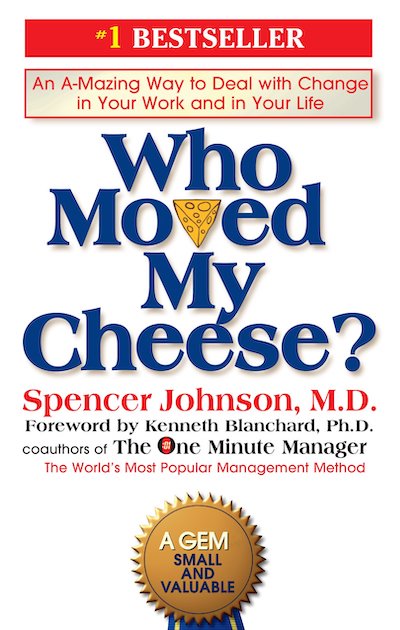 Who Moved My Cheese