Many people dream of one day becoming famous. Elton John was certainly one of them until he hit it big with his first single, “Your Song”, and his dreams became a reality. With fame came a lot of surreal experiences: like taking over the runway at Iggy’s fashion show dressed like a giant ape (for starters). But, fame isn’t all fun, and John learned no matter how many records he sold he couldn’t shake feeling shy and uncomfortable after growing up in an abusive household. He eventually turned to alcohol, drugs, and food to cope. Read on to learn about John’s early childhood, where he struggled with abusive parents, and dad who eventually walked away. Discover how a chance encounter at a failed attempt to sign with a record company ended up changing John’s life. Learn about the depths John’s addiction took him to, and what event finally led him to seek treatment for his addiction to cocaine. And finally, find out which two celebrities fought over Princess Diana at one of his dinner parties, leading to one of them leaving in a huff!

Elton John is an English singer, songwriter, pianist, and composer. John has sold more than 300 million records. He is one of the best selling music artists, He has more than 50 Top 40 hits in the UK singles chart and US Billboard Hot 100, including seven number ones in the UK and nine in the US, as well as seven number one albums in the US. His tribute single “Candle in the Wind 1997” about Princess Diana sold over 33 million copies and is the best selling single in UK and US history. He has received multiple Grammy Awards, five Brit Awards, an Academy Award, two Golden Globe Awards, a Tony Award, and a Disney Legends award. In 2004, Rolling Stone ranked him as 49 on a list of 100 influential musicians of rock and roll. He established the Elton John AIDS Foundation, which has raised over 300 million pounds. In 2005, he married his partner, David Furnish. In 2018, he embarked on a three-year farewell tour. 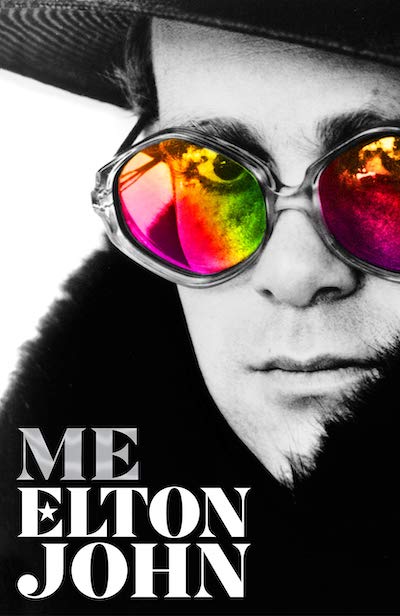 Trump: The Art of the Deal
Donald Trump
Tell Me More
Kelly Corrigan
Between the World and Me
Ta-Nehisi Coates
The Truths We Hold
Kamala Harris
The Splendid and the Vile
Erik Larson