Maybe You Should Talk to Someone

This book is all about uncovering revelations, particularly the ones that come after trying hard to keep certain thoughts, feelings, or fears under wraps. And as the characters reveal their truest selves, the reader discovers Lori is unveiling some observations of her own.

Lori Gottlieb is an American writer and psychotherapist. She writes for the weekly “Dear Therapist” advice column for the Atlantic. She was born in Los Angeles and attended Yale College and Stanford University. She worked as a commentator for National Public Radio and as a contributing editor for The Atlantic. She has written for the New York Times, Time, Slate, Elle, and Oprah Magazine. She has appeared on television and radio as an expert on mental health issues. 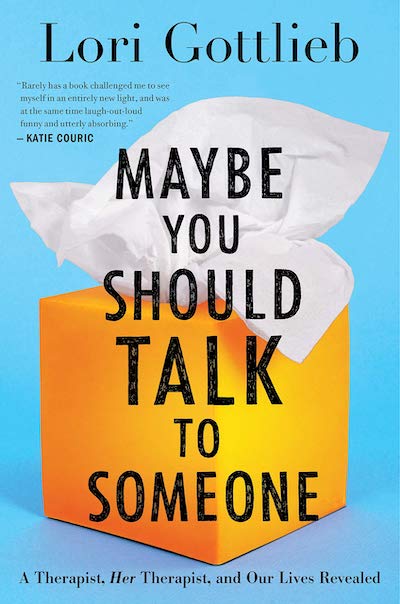 Maybe You Should Talk to Someone

Work Smarter, Not Harder
18 lessons
Common Thinking Errors and How to Avoid Them
8 lessons
43min
Achieving Work-Life Balance
7 lessons
30min
How to Love and Accept Yourself
10 lessons
Stress and Wellbeing Management Pt.2
15 lessons