Admiral William H. McRaven took the skills and perspective he gained from his Navy SEAL basic training and applied it to all aspects of his life. With the ten lessons that teach individuals how to foster human connections, build on small achievements, eliminate superficial judgment, learn from failed attempts, practice risk-taking, enjoy being challenged, stand strong, and understand the unfairness of life itself, he believes that everyone can reach success. 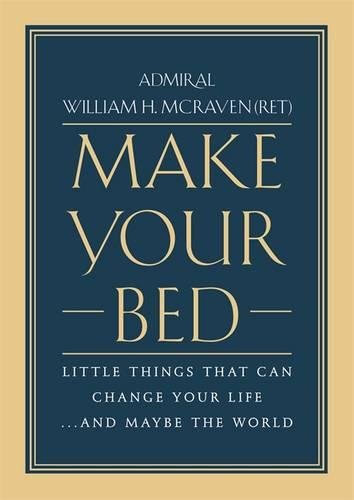