How to Fail at Almost Everything and Still Win Big

Failure is an important part of success. Failing can teach us where we need to focus our efforts, what doesn’t work, and can show us where we need to change. In fact, the writer of How to Fail at Almost Anything and Still Win Big failed in multiple ways until he made it big with his comic, Dilbert. Tired of failing to meet your own goals? Read on to learn why setting goals is actually a waste of time, and how you can better get the results you want. Learn why it's important to make your career about you, and not about meeting other people’s expectations. Are delusions so bad? Read on to learn why the author doesn’t think so, and about how they can be an element of success.

Scott Adams is the creator of the Dilbert comic strip. He is the author of several nonfiction works of satire, commentary, and business. He graduated from Hartwick College in 1979. He earned an MBA from the University of California, Berkeley in 1986. He created Dilbert during the 1980s. He worked at Pacific Bell between 1986 and 1995. The characters he encountered there became the inspiration to many of his Dilbert characters. He created Dilbert while working at Pacific Bell. He woke up at 4 am to work on the cartoon. Eventually, he became a full-time cartoonist. n 1996, he published The Dilbert Principle, his first business book. In 1998, Dilbert began as a TV series, which was canceled in 2000. He is the CEO of Scott Adams Foods, Inc, makers of the Dilberito and Protein Chef. 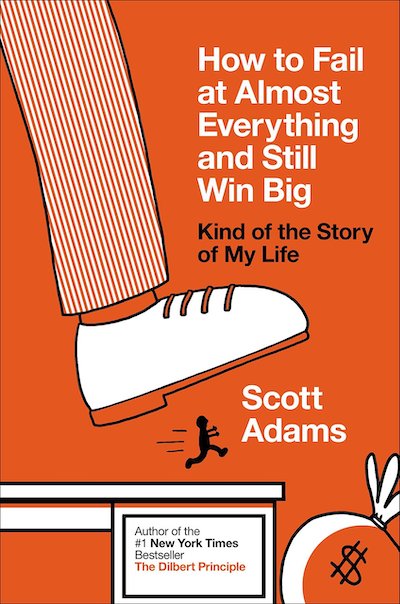 How to Fail at Almost Everything and Still Win Big