Caste: The Origins of Our Discontents

America has operated under a caste system since its founding. This system places whites at the top and African-Americans in the subordinate caste, using the eight pillars of the caste system to uphold this structural hierarchy for hundreds of years. While some structural shifts have taken place, such as the expanding of the category of “whites” to include other immigrant groups, overall African-Americans have struggled to break free from the lower caste. This is due to America’s history of systematic oppression in the form of things like slavery and Jim Crow laws, as well as the pushback from members of the dominant caste, who fear that social upheaval would threaten their position at the top of the social hierarchy. The caste system is entrenched in America, and the first step to breaking down the caste system is making others aware that it exists.

Previously, Wilkerson worked as Chicago Bureau Chief of The New York Times, where she won the Pulitzer Prize for Feature Writing in 1994. She has taught journalism at Emory University, Princeton University, Northwestern University, and Boston University's College of Communication. 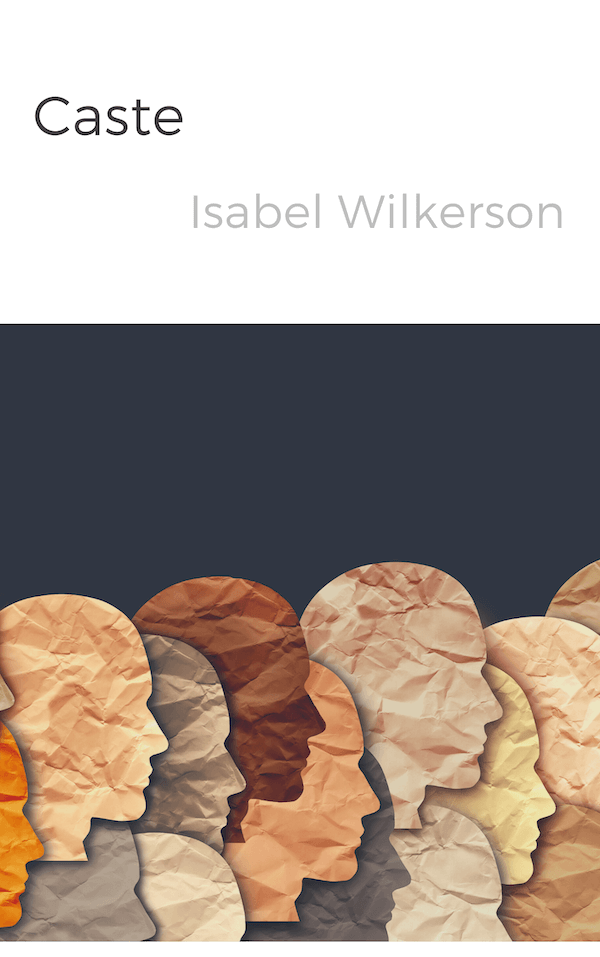 Caste: The Origins of Our Discontents

The New Jim Crow
Michelle Alexander
Stamped From the Beginning
Ibram X. Kendi
So You Want to Talk About Race
Iljeoma Oluo
The Alchemist
Paulo Coelho
All the Single Ladies
Rebecca Traister