Home > The Upside of Being a Late Bloomer

The Upside of Being a Late Bloomer

Most people have heard of prodigies, people who were able to build empires out of their passion, which they had been sharpening since childhood. These people seem to have come out of the womb with a business plan, which they effectively executed by the time they were 25. Almost everyone has heard of Bill Gates, the billionaire who dropped out of Harvard to create Microsoft and many others who seemed to have shot straight to the top. But what people often don’t hear is about how these people are the anomalies.

Insight comes at different times for different people. If you cannot relate to instant success stories, you might be a Late Bloomer. These are people who were able to discover their true passions and create their empires, too; it just happened a little later. And guess what? It can happen to you.

If you happen to be a late bloomer, you’re in great company. Jan Koum founded WhatsApp at 35, the same age where Jimmy Wales founded Wikipedia. At 52, Ray Kroc started McDonald’s. Still not impressed? Have you heard of Kentucky Fried Chicken? It was founded by Harland Sanders when he was 65.

So now that you know that it can happen, how do you make it happen for you?

The key here is to know YOURSELF. Knowing what you want can be complicated, which is why it often comes with experience. How do you get experience? You try things out! Tina Fey had no idea when she joined an after-work improv group that she would someday end up becoming a writer for SNL. She just enjoyed doing improv for fun after she worked her job as a receptionist at the YMCA in her early 20s. What started as a hobby turned into a $65 million career. Pretty sweet right? You can bet she didn’t walk into those improv classes with a plan, only with passion. Knowing what you are passionate about is part of knowing yourself. Knowing yourself means getting experience. However, gaining experience takes time, which leads us to our next point.

Have faith in the process and be patient. Most people have heard of Steve Jobs, the founder of Apple. Before he had any measure of success, he journeyed through many different kinds of careers. He took creative writing courses at community college, and he did lots of drugs. We are not advocating drug use here, but we are saying that sometimes the places we find inspiration can be a little unexpected. Steve mentions that if he hadn’t taken randomly taken calligraphy in college, he wouldn’t have developed the beautiful fonts for the iPhone. Patience means trying paths or ideas that may not seem immediately useful but are somehow intriguing or engaging for other purposes.

Don’t accept immediate failure as infinite doom. The number of successful people who have failed tremendously, even in their career of choice, is EXTENSIVE. The Beatles? The first record label they performed for said they’d never be famous. Oprah? Got fired from her first job on television and was told no one would ever want to hear her voice on TV. That guy Steve Jobs we mentioned earlier? Also fired. From Apple. THE COMPANY HE CREATED. If you are trying new things, some form of failure is almost guaranteed. Part of knowing yourself and building success is knowing your weak points, which failure demonstrates. Failure can also be a sign to redirect. Maybe you failed or were fired because you were meant to do something else. Vera Wang, at 40, started designing wedding gowns after she was passed over for editor at Vogue. What separates the late bloomers from people who don’t bloom at all is the refusal to accept failure as an opportunity for growth or redirection. Do not use failure as an excuse to give up, no matter when it hits.

And don’t worry if you still feel like you can’t figure it out. You might not have all of the pieces yet. Steve Jobs once said, “You can’t connect the dots looking forward; you can only connect them looking backward. So you have to trust that the dots will somehow connect in your future”. That means that sometimes, you have to keep trying even when you don’t fully understand how things will connect, which can be scary as hell! Especially when the rent is due, and the pressure to make money seems to be pressing down on you at all times. JK Rowling, was bankrupt and jobless when she started writing the Harry Potter series. It is ok to start over or to start fresh, no matter what age you are when you do it.

We get it, it’s scary to figure out your destiny, and all of the what-ifs can be overwhelming. However, many people accomplished incredible things who started where you are. Uncertain, unsure, and maybe a little afraid don’t let your fear stop you. Look at it like this: the idea that tells you that you are a failure? It’s just an idea. It’s something you’ve made up. You can replace it, change it, and meld it into the idea that maybe your time just hasn’t come yet.

And please keep in mind, should you give up, continue that unfulfilling career, or take the easier (but less fulfilling path) you could be robbing the world of some incredible goods, including (but not limited to) delicious deep-fried chicken. 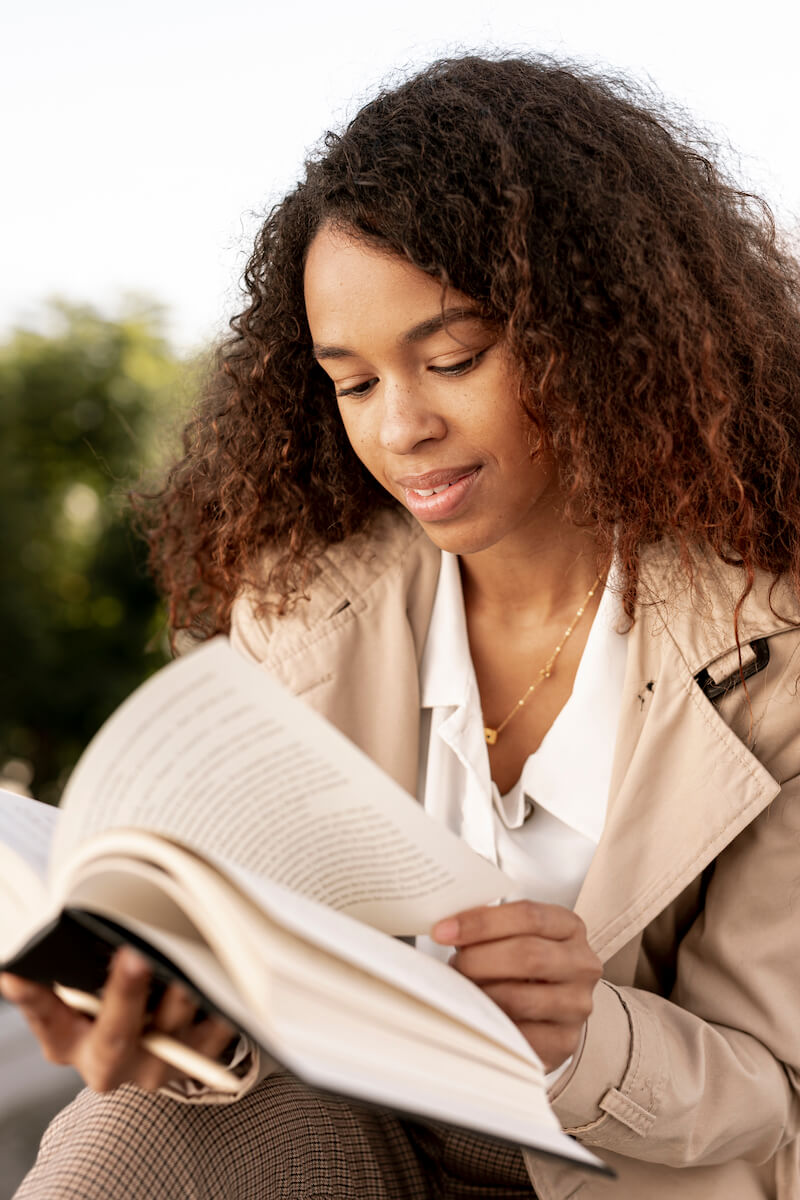 Reader Tips on How to Read More Books More Often

Productivity Just Got Easier With These Simple Tips

We've been featured on Apartmentguide.com