Jodi Kantor and Megan Twohey are New York Times investigative journalists and the co-authors of She Said: Breaking the Sexual Harassment Story that Helped Ignite a Movement. New York Public Library, NPR, and The New York Times ranked the book as one of 2019’s best books of the year.

Kantor and Twohey won the George Polk award, a Sydney Award, and the McGill Medal for Journalistic Courage from the Grady College of Journalism. They were named on Time’s list of 100 most influential people of the year in 2017. The New York Times won the 2018 Pulitzer Prize for Public Service for Kantor's and Twohey's reporting on the Weinstein story.

Twohey is married to literary agent Jim Rutman and lives in Brooklyn with her daughter. Kantor lives with her husband, Ron Lieber, in Brooklyn. 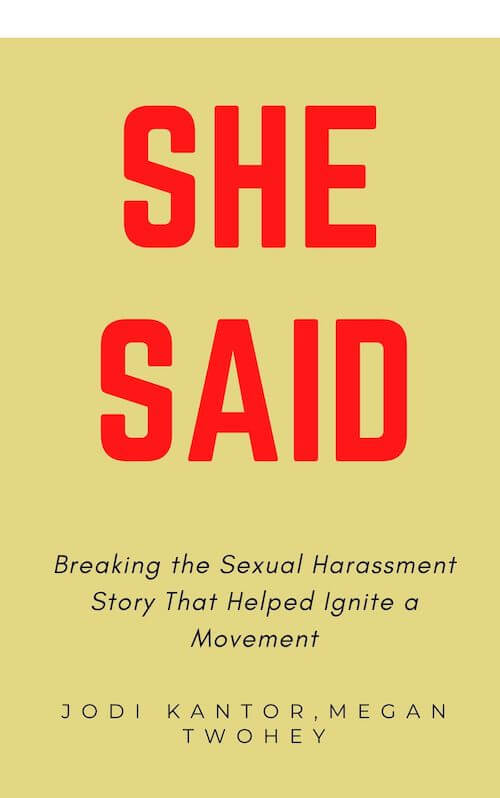