Bryan Stevenson is an American lawyer, social justice activist, founder/executive director of the Equal Justice Initiative and a clinical professor at New York University of School of Law. He has worked to help improve the criminal justice system, specifically how it treats the poor, minorities and children. Under his direction, the Equal Justice Initiative has won major challenges eliminating excessive and unfair sentencing, exonerating innocent death row prisoners, confronting abuse of the incarcerated and the mentally ill, and aiding children prosecuted as adults.

He argued and won multiple cases to achieve Supreme Court decisions that prevent sentencing of children under 10 to death or to life imprisonment without parole.

He initiated the National Memorial for Peace and Justice in Montgomery, which honors over 4000 African Americans lynched in the South from 1877 to 1950. He received the Benjamin Franklin Award from the American Philosophical Society.

He was born in Milton Delaware. When he was sixteen, his maternal grandfather was murdered in Philadelphia during a robbery. The killers were given life sentences. Stevenson said of the murder: "Because my grandfather was older, his murder seemed particularly cruel. But I came from a world where we valued redemption over revenge."

He attended Harvard Law School. He worked for Stephen Bright’s Southern Center for Human Rights, which represents death row inmates throughout the South. He earned a JD from Harvard and a Master’s in Public Policy at the John F Kennedy School of Government. 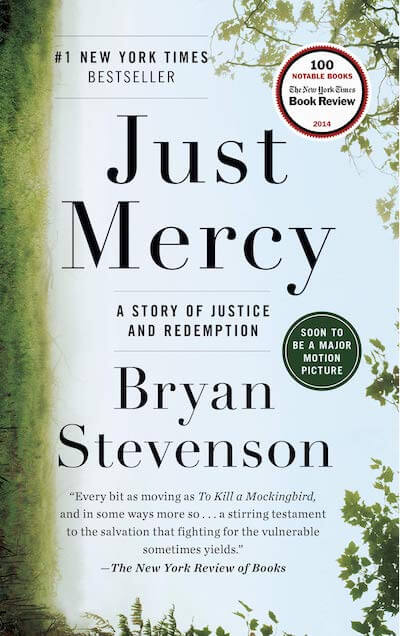