Alexandra Cavoulacos is the Founder & President at The Muse. She has been named one of Forbes 30 Under 30 in Media, and Business Insider’s 30 Most Important Women Under 30 In Tech. She was also listed as one of INC’s 15 women to watch in tech.

Cavoulacos received her B.A. in political science from Yale University. She lives in Brooklyn.

Kathryn Minshew is an entrepreneur, author, and public speaker. She is the co-founder and CEO of The Muse. She previously co-founded the networking site Pretty Young Professionals.

She has been named Forbes 30 Under 30 in Media, listed as one of Inc’s 15 Women to Watch in Tech, and was a 2019 winner of the One Young World Entrepreneur of the Year Award.

Minshew is a contributor to the Harvard Business Review, Fast Company, and Inc, and has been featured on CNN and The TODAY Show. She lives in New York. 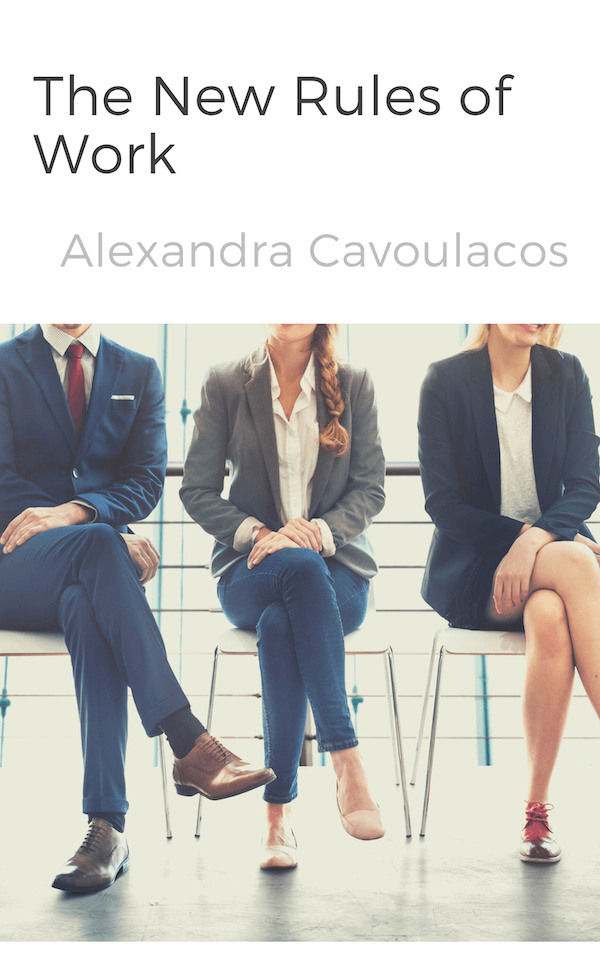 The New Rules of Work